News And EventsNewsKnow Your Plaice 43...

BIM and the Irish Fishing Industry have made good progress in developing technical solutions which address the landing obligation. Selective gears such as the 300 mm square mesh panel, SELTRA, rigid sorting grid, and T90 codends have all been tested by Irish vessels and implemented as technical measures in the 2019 discard plan for north western waters. The plan also includes a survival exemption for Nephrops caught with highly selective gears which is based on a study conducted by BIM last year. That exemption means that undersize Nephrops will neither have to be landed nor deducted from quotas, with major biological and economic benefits for the commercially important Irish Nephrops fishery.

Apart from Nephrops, some flatfish species have good potential to survive the trawl capture process. Plaice pose a key challenge under the landing obligation due to low quotas and traditionally high discard rates in areas such as the Celtic Sea, and made a logical choice for our next survival experiment. Following protocols developed by the ICES working group on methods for estimating discard survival, the study commenced in mid-July and was led by BIM’s Martin Oliver and Matthew McHugh with assistance from Galway Mayo Institute of Technology (GMIT). Trawl caught samples were obtained while targeting fish species in the outer Galway Bay area on board the MFV Karen Mary, owned by Padraic and Gerard McDonagh from Ros a Mhíl. 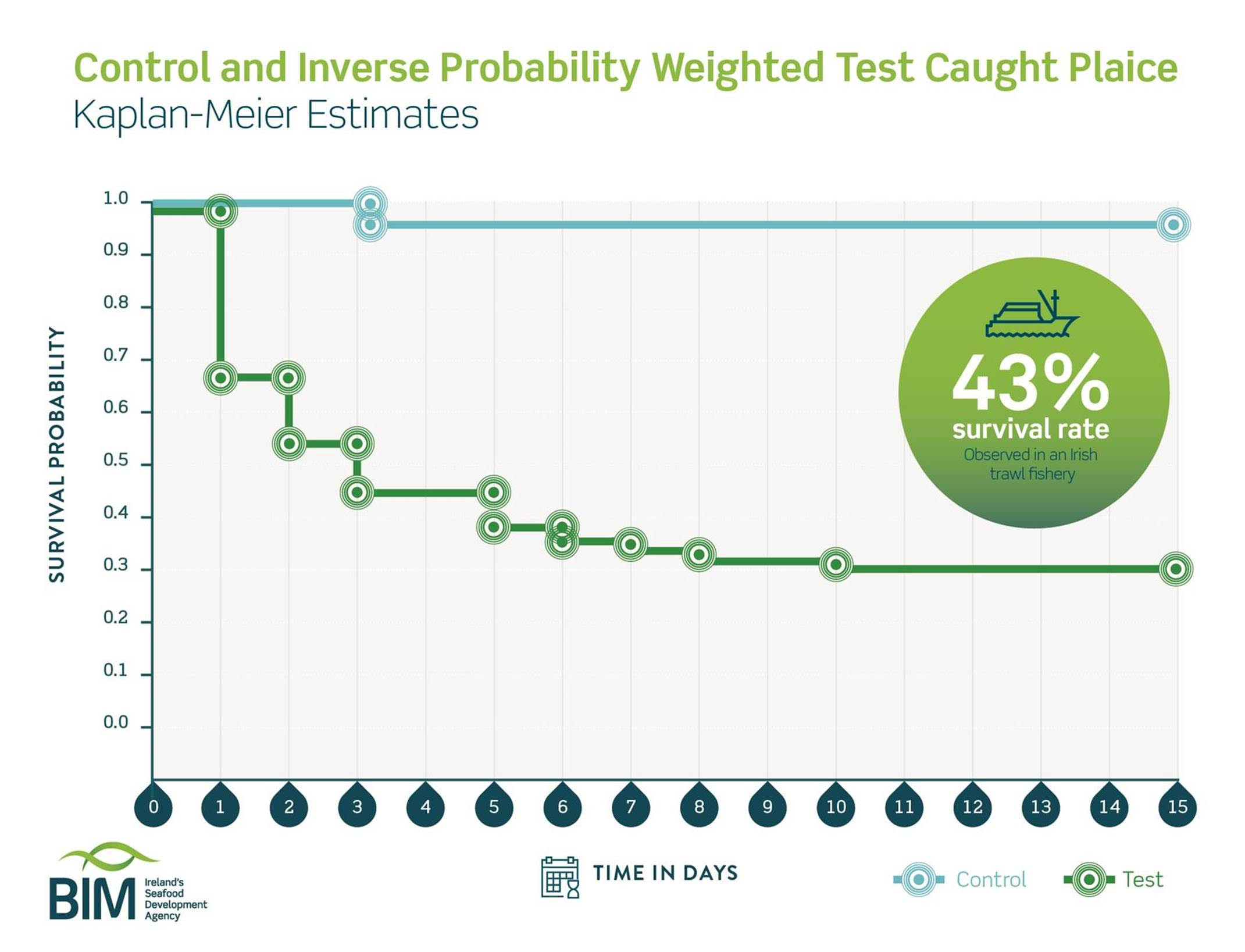 Eighty eight test fish were obtained in normal three hour tows. Twenty nine control fish were caught in short half hour tows. Less likely to suffer mortality due to the capture process, control fish were used to help spot any potential issues during the live holding process. Samples were stored on board in covered trays, stacked in fish bins with a clean seawater supply, before transport to a recirculated seawater fish holding system in GMIT. 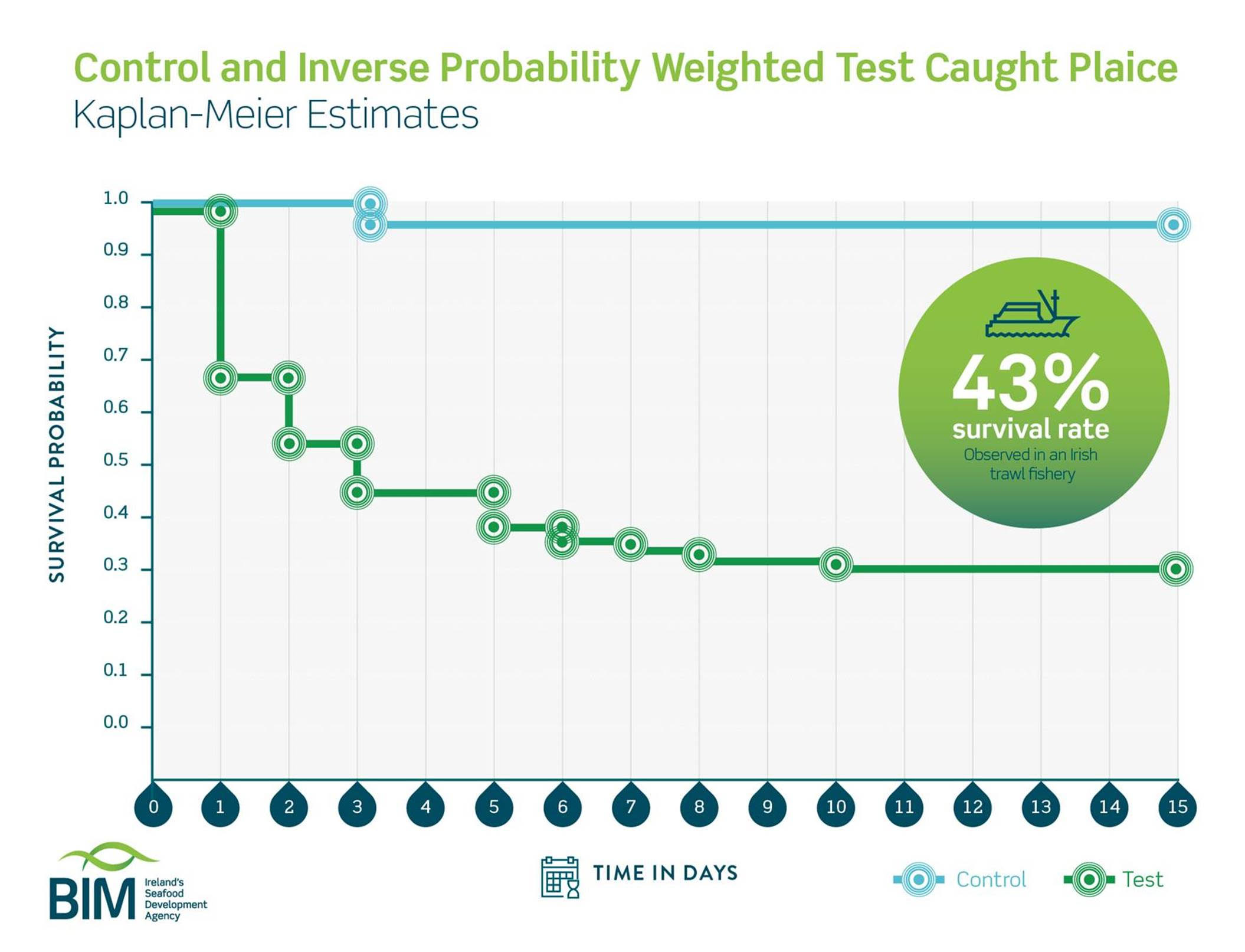 A Kaplan-Meier analysis which is normally used in the medical world to assess the proportion of survivors following treatment showed no significant difference in survival after day five when 43% of the test fish were still alive. Twenty eight or 97% of control fish survived the experiment. Key factors affecting survivability, air and water temperatures were at their highest during the summer trial, providing a worst case survival scenario. In addition, water temperatures in Galway Bay are consistently higher than the Celtic and Irish Seas which bodes well for application of findings to those areas. Results compare well with other plaice survivability studies in north western waters which have been used for exemptions in ICES divisions VIId,e,f, and g. Our study will be used to provide further information in support of the those exemptions and to apply for new exemptions in VIIa,b,c, h-k. BIM would like to thank the vessel owners, Ian O’Connor and all the staff at GMIT for their assistance with this study.

A full report is available at www.bim.ie/our-publications/fisheries