Dingle/Daingean Uí Chúis has become the 8th BIM Fishing For Litter port to join the national network. Local fishmermen have worked together with BIM to address the marine litter issue in an attempt to decrease the levels of marine debris and further enhance Dingle’s status as a popular tourist destination. The announcement comes as the European ‘Our Ocean’ conference begins in Malta, with one of the key themes discussing marine litter.

Fishing For Litter is a recognised EU scheme that asks fishermen to voluntarily remove and retain marine litter on board if it interacts with their gear as they go about their fishing. Filled bags are deposited in participating harbours on the quayside where they are moved by harbour staff to a dedicated skip or bin for disposal.

“We are delighted that the launch of Dingle Daingean Uí Chúis as a Fishing For Litter port coincides with the European Commission’s ‘Our Ocean’ conference in Malta. One of the key themes up for discussion will be reducing marine litter and it is great to see more and more participation from industry in addressing this problem. Dingle, the furthest port on the Atlantic seaboard, is a case in point of how much a healthy ocean is important to any coastal community”, explained Jim O’ Toole, CEO BIM.

Marine debris has demonstrated serious effects on beach tourism, with an international study concluding that 10 pieces of marine debris per meter of beach would deter 40 percent of foreign tourists. Overall ecosystem health is gravely affected by the accumulation of litter and plastics in our oceans. Marine debris ingestion and entanglement directly impacts marine life.  While marine debris poses a physical threat to marine life, it also causes physical harm to commercial and recreational boats from fouling of propellers and jet intakes as well as damage to hulls.

The Kingdom County is an attractive tourist destination with a designated UNESCO World Heritage Site at Island Skellig Michael and famous beaches, the preservation of which is essential to Kerry maintaining its status as a tourist destination. “Preserving our land and  seascapes is a priority for a  tourist experience and the fishing industry also wants to play its part  in ensuring Dingle keeps its reputation of being a wonderful experience both for locals and far flung visitors alike. This news is very welcome and will go some way towards addressing the issue of marine litter here in Dingle”, explained Kevin Flannery, Director at Dingle’s Oceanworld Aquarium. Dingle’s aquarium is one of two in Ireland that has rallied to the European Commission’s call for aquariums to join a global awareness raising action addressing marine litter.

Local fishermen such as Peter Hand, harbour master Nigel Collins and the National Inshore Fisheries Forum are also working in partnership with BIM on the project. “Bringing in the marine litter we find at sea is a simple contribution that the commercial fishing sector can make to removing it from the environment, reducing ingestion by wildlife and the potential damage to smaller inshore vessels”, commented Eddie Moore, vice- chair of the National Inshore Fisheries Forum.

“Vessels taking social responsibility with regard to marine litter and contributing like other businesses in Dingle to maintain its international reputation is commercially important to all,” commented harbour master Nigel Collins. 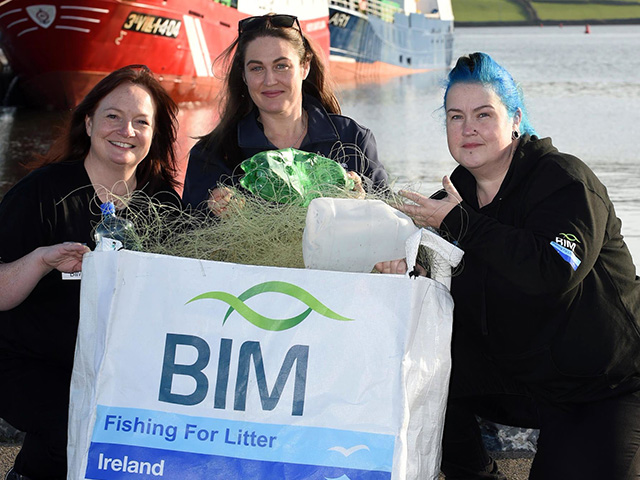 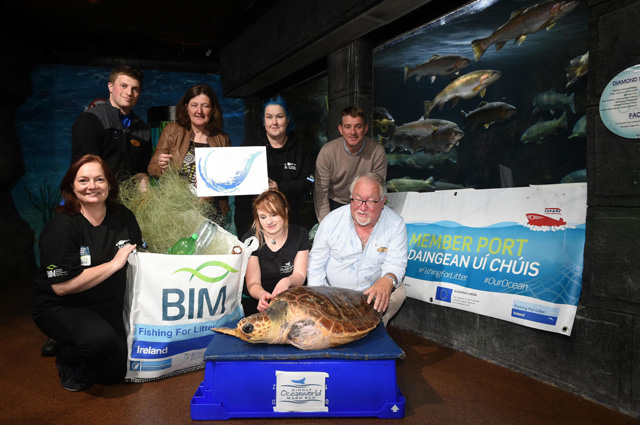