News And EventsNewsAsia Overtakes Uk As...

Asia has surpassed the UK as the second biggest export market for Irish seafood according to a report launched today. The Bord Iascaigh Mhara (BIM) Business of Seafood report reveals how exports of Irish seafood to Asia totalled €96 million in 2018, an increase of 23%. The value of exports to the UK fell by 4% to €81 million during this same period due to a decrease in the value of sterling.

The Irish seafood sector continued to grow in 2018 and was valued at €1.25 billion in GDP terms, an increase of +3.4%. Private investment (€267 million) together with strong government support (€170 million) contributed to this growth.

“ Investment is happening at every level of the sector from investment in new fishing gear, improvements to vessels to make them more sustainable, to capital investment in processing industries.  The sector has been responding to a challenging environment. Despite the continued uncertainty brought about by Brexit there’s still an underlying confidence in the sector as evidenced by the growth of investment.”

14,359 adults are employed in the Irish seafood sector in fishing, aquaculture, processing and seafood retail. The industry is of particular importance in rural coastal communities where, in the case of Donegal,  it accounts for 12% of employment.

The value of trade fell slightly in 2018 ( -4%) due to a reduction in  the volume of certain species being traded, including mackerel and salmon. Production of salmon fell by 30% last year. This was caused by the cyclical nature of Irish salmon production that allows sites to remain fallow or vacant for a period of time between production cycles. Fluctuations in quotas resulted in a 10% decrease in the value of mackerel due to reduced landings.

The report provides detail on the changing fortunes of the Irish fishing fleet over the past decade, including the economic downturn from 2008 – 2013 and the significant increase in fuel prices experienced in 2008 and again between 2011 and 2014. The gross profit of the fleet rose from a low of €10.4million in 2010 to €78.1 million in 2018.

“The Irish seafood sector is noted for its resilience and ability to adapt to changing political and socio – economic circumstances. The significant increase in exports to Asia over the last five years by 247% demonstrates the strength and diversification of the sector.”

The complete report can be read here. 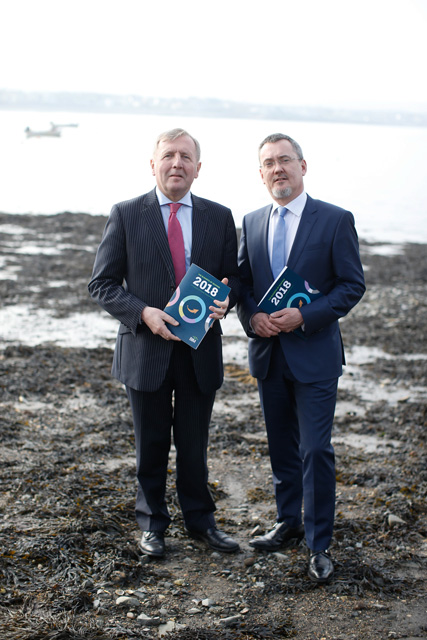