Students will be able to actively learn about how fish is produced and farmed when the new Aquaculture Remote Classroom (ARC) begins visiting national schools throughout Ireland from September onwards. Minister for Agriculture, Food and the Marine, Michael Creed TD officially launched the Aquaculture Remote Classroom (ARC) at Our Ocean Wealth Summit in Galway this week. He was joined by Felix Leinemann, Head of Unit from the Aquaculture and Maritime Spatial Planning at the European Commission and Bord Iascaigh Mhara (BIM) Chairman, Kieran Calnan and CEO, Jim O’Toole.

Speaking at the launch, Jim O’Toole, CEO of BIM, said:

“I believe ARC will engage students and help to bridge the gap in understanding of how seafood is sustainably produced in our waters. By using Virtual Reality (VR) headsets, students will be able to plunge to the depths’ of the ocean to experience and learn about the environment in which salmon and mussels are farmed in Ireland.” 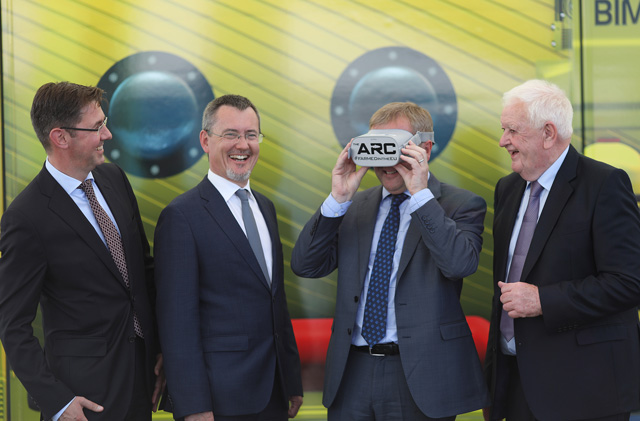 L-R Felix Leinemann, Head of Unit from the Aquaculture and Maritime Spatial Planning at the European Commission, Jim O’Toole, CEO BIM, Minister for Agriculture, Food and the Marine, Michael Creed TD and Kieran Calnan, Chairman BIM at the launch of the ARC as Seafest comes to a close in Galway. 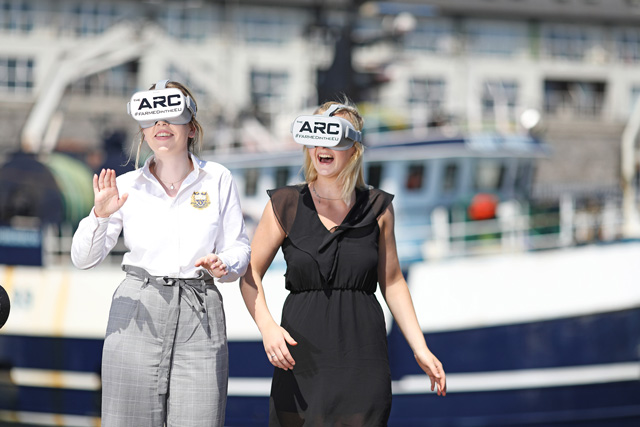 L-R Sadhbh Hendrick and Deanna Dooley enjoying the ARC headsets as Seafest comes to a close in Galway.