News And EventsNews2018 A Successful Year...

Since the establishment of the Fisheries Local Action Group (FLAG) Programme in 2013 under the European Fisheries Fund (EFF) it has gone from strength to strength. In a major departure from previous fisheries funding programmes it involves a partnership approach between a state agency, in the form of BIM, and coastal communities to develop a Local Development Strategy (LDS) and allocate funding to implement that Strategy. The community, as represented by individuals from various community, state and productive sectors, particularly the seafood sector, determine their own development priorities for local development through the LDS and then select the projects to implement that Strategy. BIM handles the administration of the Programme through its network of regional officers and staff in head office including payment of grant claims.  The first iteration of the FLAG Programme ran from 2013-2016 under the EFF and saw 186 projects funded with a total investment of €1.5 million and grant aid of nearly €1 million.

The success of the Programme saw it retained in the replacement for the EFF, the European Maritime and Fisheries Fund (EMFF), with an increase in total funding to €12 million under the Irish Seafood Operational Programme (OP). Following the establishment of 7 FLAGs around the Irish coast in 2016 project funding commenced again in 2017 with a total of 170 projects funded. Investment totalled €3 million with €1.8 million in grant aid, surpassing the entire EFF FLAG Programme in its first year of operation.  Notwithstanding this great start 2018 surpassed it to become the most successful year yet for the Irish FLAGs seeing 285 projects approved with a total investment of over €6 million and grant aid of over €4 million. Projects aimed at promoting or retaining employment in coastal communities, particularly adding value to seafood products, coastal tourism and fisheries infrastructure, secured over 70% of the funding approved, €2.9 million. Community projects were also well supported, primarily the enhancement of facilities and holding community events, securing nearly €0.75 million. Projects on heritage, lifelong learning and the environment were also funded.

The FLAG Programme is currently open for applications for 2019 projects. If you have an idea for a project either contact your local BIM Regional Officer (a list and contact details can be found on the FLAG web pages) or visit www.bim.ie/schemes, navigate to the FLAG Programme 2018-2023 and open the FLAG Strategy for the area in which you are based. This Strategy sets out the priorities that have been adopted by the local community and your project should fit under one of these. The application form can be downloaded from the same page however you are strongly recommended to discuss you project idea with your local BIM Regional Officer before filling it out and sending it in. They can provide valuable advice on the application process, eligibility of items for funding and specific local restrictions that may apply. The FLAG Programme is always open for applications however the to be included in the first round of 2019 assessments it must be received by 17:00 on Thursday the 31st of January 2019. 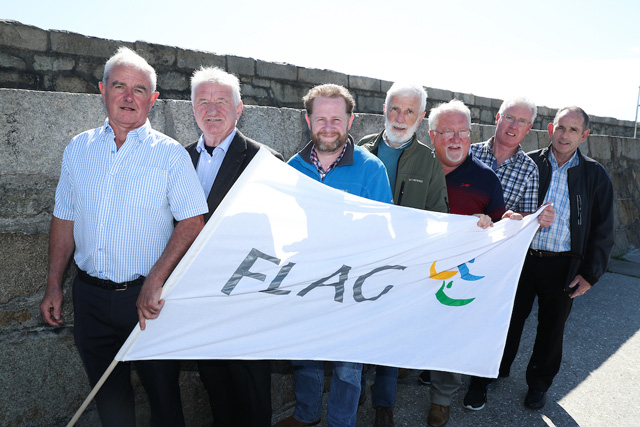