News And EventsMedia ReleasesFishermen In Ireland Have...

Fishermen in Ireland have hauled up more than 190 tonnes of marine litter in their fishing nets in just three years, as part of the voluntary Fishing for Litter campaign. The ports of Howth and Kilmore Quay were today (Monday 15 October) officially welcomed to the initiative that is being led by Bord Iascaigh Mhara (BIM) and funded by the European and Maritime Fisheries Fund (EMFF). Fishing for Litter was established in 2015 and encourages fishermen to collect litter during normal fishing activities at sea on an entirely voluntary basis.  It now operates in 11 ports throughout Ireland.

Catherine Barrett, BIM spoke of how fishermen in Ireland have embraced Fishing for Litter and how all six fishery harbours run by the Department of Agriculture, Food and the Marine are now participating in the scheme.

“Fishing for Litter is part of our national commitment to help retrieve marine litter. The appetite for maintaining a clean marine environment among the Irish fishing sector is huge; their livelihoods depend on it.”

More than 90 fishing vessels are actively involved in the scheme. Once marine litter is collected, fishermen then alert their harbour master, and leave their Fishing for Litter bags on the quayside, for safe and responsible disposal by waste contractors.

“ On a practical level, I saw it [Fishing for Litter] as a way to reduce costs for the harbour but most importantly, it’ s made everyone from harbour staff to fishermen more conscious about having a good working environment. One of the first questions I now get asked when boats come in is ‘Where are the [Fishing for Litter] bags?’

John Lynch, Chair of the South and East Fisherman’s Organisation is a fourth generation fisherman who is based in Howth. He has been working in the fishing sector for more than thirty years and spoke of how collecting marine litter at sea is everyone’s responsibility.

“We bring in every scrap, whether it’s plastics, shoes, bicycles. I’ve been bringing it in for the last 30 years, since I started fishing. Fishing for Litter has definitely helped to bring about a greater level of awareness and industry engagement.”

Siobhan Faulkner, Chair of the Clogherhead Development Group, Trudy McIntyre, Chair of the National Inshore Fisheries Forum (NIFF) and Catherine Barrett, BIM, have been invited to present on the success of Fishing for Litter at a Women in Seafood Conference in Sydney, Australia later this week 18 – 20 October.

“It’s fishermen doing something because it’s the right thing to do. This is a good news story.” 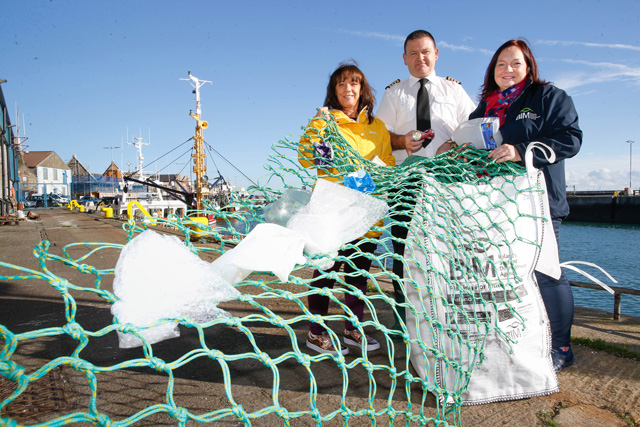 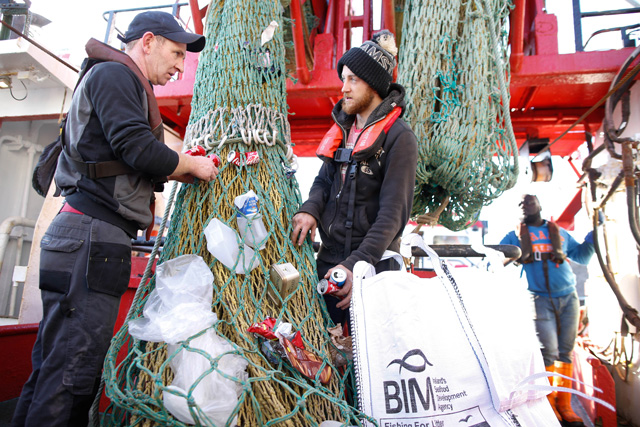