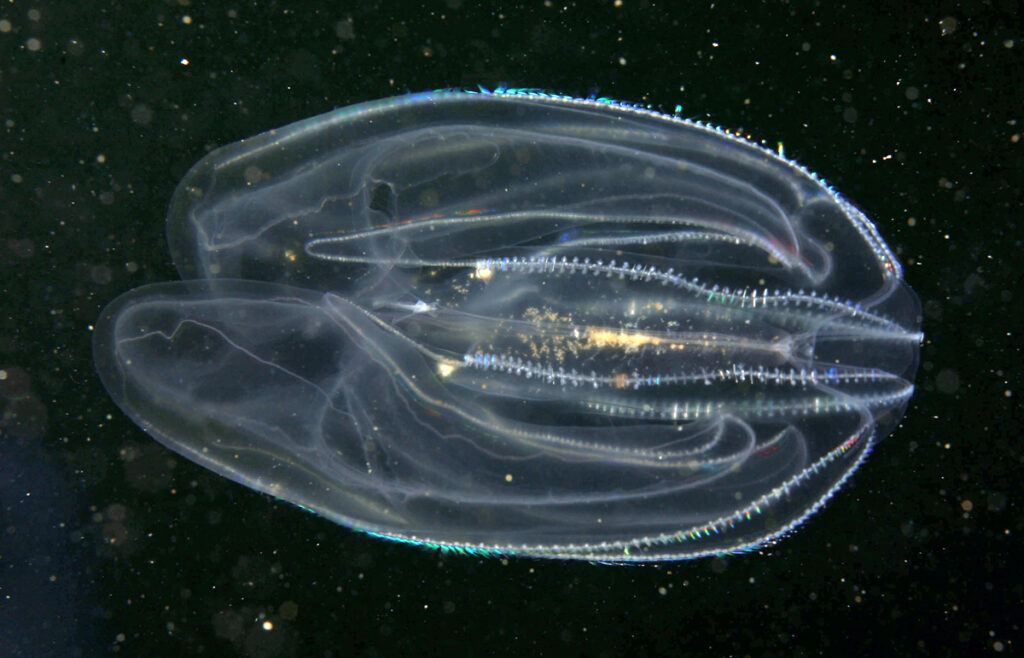 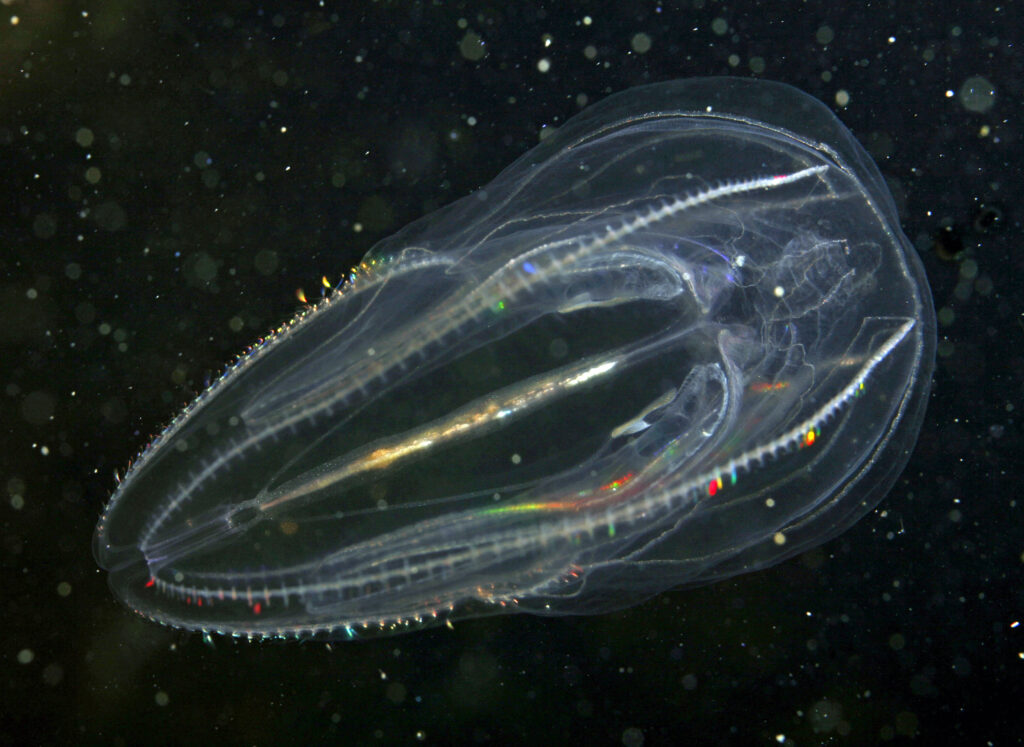 A translucent, comb jellyfish with two large lobes that extend along almost the complete length of the body which can grow up to 15cm. Comb jellyfish are characterized by the presence of longitudinal “ribs”, which can be especially distinct because of the colours of the rainbow that appear run over them in sunlight.

Bolinopsis infundibulum, a comb jellyfish species found Western European waters resembles Mnemiopsis leidyi but the lobes of B. infundibulum relative to the body length are much shorter

Mnemiopsis leidyi specimens can be found drifting with the sea currents in waters with salinities of 4-39 psu and at temperatures of 6-31 °Celsius. Although they can be found in open sea, high densities are many found in sheltered bays. When water temperatures drop during winter, these comb jellyfish migrate to deeper depths while they are mainly found close to the surface in summer.

Although Mnemiopsis leidyi is found to be at least seasonally abundant in most bays along the western European coastline up to the Baltic Sea, records from Great Britain are scarce. Mnemiopsis leidyi individuals have not recorded off the Irish Coast.

As larger specimens can produce up to 12,000 eggs, Mnemiopsis leidyi population densities can increase rapidly. M. leidyi is capable of feeding on virtually any planktonic organisms available to be captured by its oral lobes, varying from holoplanktonic organisms, to the planktonic larvae of benthic animals and fish eggs. Even if its stomach is full, it continues hunting and vomits large amounts of undigested food to be able to do so. Because of these feeding habits a dense M. leidyi population can have a significant impact on the local ecosystem.

At various places where Mnemiopsis leidyi has been introduced, for example in the Black Sea, it has had catastrophic effects on the ecosystem causing collapses of fisheries. This has happened especially in relatively enclosed waters where M. leidyi populations tend to increase in density. By excessively feeding on all zooplankton including the veligers of shellfish, this species is also expected to have a distinct impact on shellfish populations.