Fish Survivability on the Pier 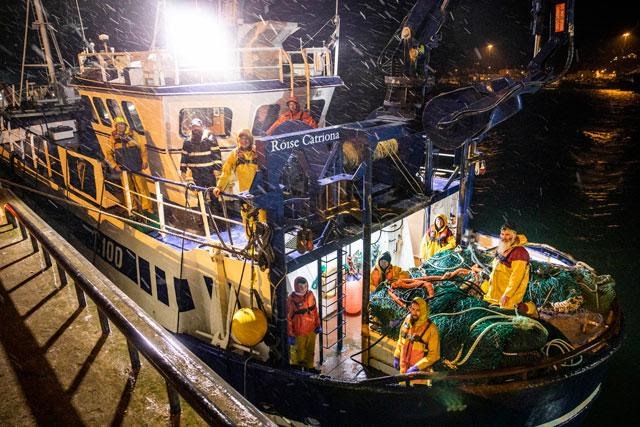 Fish Survivability on the Pier

Recently christened on the pier in Castletownbere, the unit, supported by the European Maritime and Fisheries Fund, consists of a 40 ft refrigerated reefer with fish holding tanks hooked up to a water-recirculation system. BIM conducted a full survivability experiment on seine-caught plaice in collaboration with Damien Turner and the crew of the MFV Róise Catríona and Galway Mayo Institute of Technology (GMIT). Operating on fishing grounds up to 130 km south of Castletownbere, the vessel caught and stored 145 plaice in fish bins with a flow- through of sea water. The vessel landed the fish directly adjacent to the new unit for captive monitoring over 15 days. A strong 71% survival result at the end of this period will be used to apply for a survivability exemption off the south west coast where plaice quotas are low.

Martin Oliver and Matthew McHugh from BIM devised and assembled the system so that it could be easily transported to different locations around the coast. This reduces mortalities and potentially negatively biased results associated with transporting fish over long distances to the fixed holding system in Galway. It also aligns with an increasing need for full survivability experiments to be conducted in localised areas to ensure results are representative of the fishery in question.

An earlier study in the year on survivability of seine-caught plaice earlier assessed and categorised the condition or vitality of fish in the Irish seine fishery, and inferred survival from a full captive monitoring experiment conducted in Denmark. The European Commission’s Scientific Technical and Economic Committee for Fisheries previously granted a survivability exemption on this basis but recently changed tack, recommending that full captive monitoring experiments are needed in the future.